Raised from humble beginnings in Youngstown, Ohio, Edward J. DeBartolo went on to be included on the first Forbe’s 400 list of richest Americans in 1983.

DeBartolo embraced the lessons he learned studying engineering at Notre Dame and applied them in action with the Army Corps of Engineers during WWII. As a Lieutenant, he learned the importance of leadership and decisive decision-making, traits that would serve him well in his industrious and prolific career.

His passion for construction manifested itself into a vision that created new shopping experiences and pioneered the birth of the shopping mall. He also brought excitement to The Valley through his ownership of major sports teams in the National Football League and National Hockey League. The San Francisco 49ers and the Pittsburgh Penguins reflected the winning spirit that DeBartolo embodied and demonstrated it by winning multiple division and league championships.

This exhibit tells the story of a life of legacy, community, and heritage. 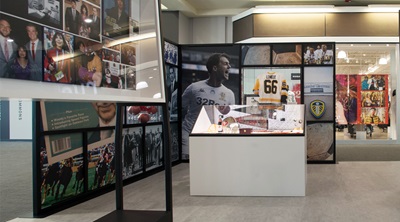 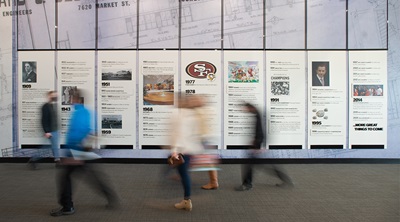 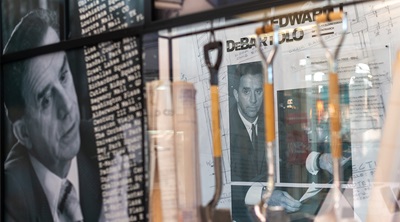 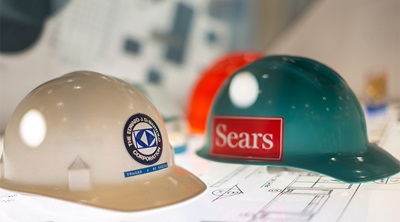 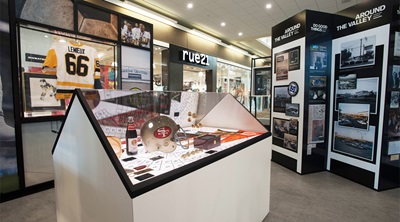